The Big Empty by Stan Jones and Patricia Watts 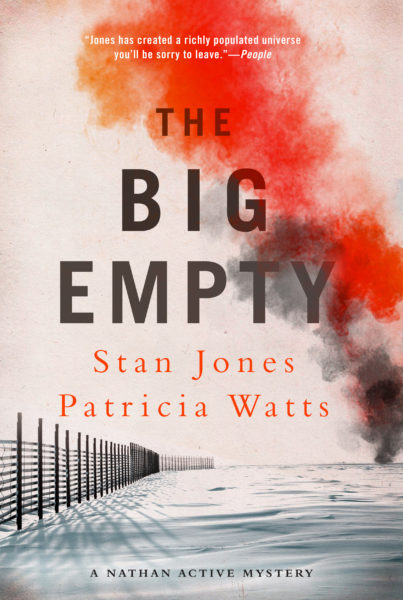 The Big Empty begins with series detective Nathan Active, a public safety officer in Chukchi, Alaska, searching for a plane crash when a local woman pilot and her doctor fiance go missing. The wreckage is easily found and the investigation by federal authorities said it was pilot error. The plane ran out of gas. The pilot who owned the plane and taught the woman pilot who died insisted that she would never have made such a mistake. Moreover, he also checked the gas was full. They found incontrovertible evidence that this was no accident, it was murder.

The investigation centers around the people who work at the airport who had means and opportunity, though it spreads further when another person is murdered.

Meanwhile, Active has stresses at home. His wife Grace is pregnant but unsure she has capacity and strength to be a mother. Their adoptive daughter (there’s more story here) is struggling with gossip in school that adds to her insecurity.

The Big Empty is a good, fair mystery that makes me want to read more in this series. The setting is interesting and the authors succeed in creating a strong sense of place. The characters are sufficiently complex we come to care about them. There are enough red herrings to make it interesting. It is a fair mystery, every clue is available to the reader, there are not forensic results or reports that are delivered with an “Aha!” without telling us. We know what Active knows and we can solve the mystery ourselves.

I received a copy of The Big Empty from the publisher through Edelweiss.