The Girl Without Skin by Mads Peder Nordbo 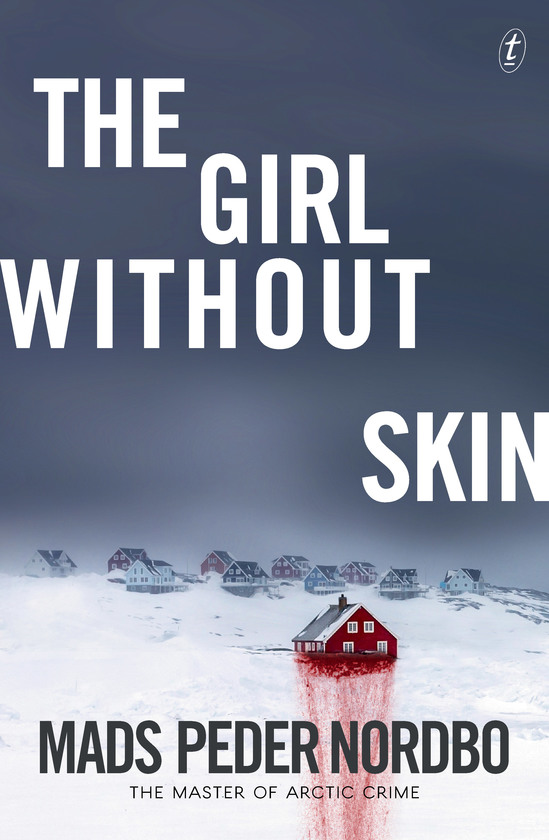 The Girl Without Skin begins with what seems to be an important historical find, a Norse mummy in a crevasse. A police officer left to guard the body is murdered, his body flensed and eviscerated with an ulu, as though the murderer was skinning a seal. When journalist Matthew Cave begins to invesigate the murder, he is told about a series of four murders back in the 1970s that were uncannily similar–four men all flensed and eviscerated.

Matthew is given a notebook kept by Jacob, the man who investigated the murders in the Seventies. He is captivated by the man’s writing, poetic and emotionally rich descriptions of the land, and intrigued by the case.The forty-year-old mystery is centered on the abuse of young Greenlander girls. Their fathers are murdered, but Jacob comes to suspect there is a connection to Greenland’s most powerful leaders. Matthew soon learns they are involved again as he is threatened directly.

The police are certain a recently released woman named Tupaarnaq  is involved in the new murders. She was convicted of killing her mother, sisters, and father and has the kind of powerful self-possession of Lisbeth Salander. Matthew is fascinated, awed, and certain she is innocent. They work together to solve the case.

Mads Peder Nordbo creates a vivid environment, cold, damp, and fog-bound. He makes the environment an integral component of the story. Even the murders grow out of the customs of Greenland. The flaying of the murder victims with an ulu is a skill many learned when hunting seals. The sense of place is strong enough to bring me back to read the rest of the series when it is available even though I have some serious criticims of the book.

There are too many plots in The Girl Without Skin. There are the four murders in the Seventies, the disappearance of investigator Jakob, the sexual abuse of young girls, medical experiments, government corruption, the murder of Tupaarnaq’s family, the current murders, and the disappearance of the corpse in the crevasse.

While I recognize that many of the Danes are portrayed as corrupt, this book suffers from the “white savior” syndrome. The Inuit portrayed are consistently as complicit in the crimes and Matthew and Jakob, the white saviors seeking justice. If Tupaarnaq were centered as the hero, the story would be more interesting, but instead she is exoticised by Matthew. The Danish/Greenlander relationship is fraught with the same biases of all colonial relationships and they permeate the book.

I received an e-galley of The Girl Without Skin from the publisher through NetGalley.