Do You Mind If I Cancel by Gary Janetti 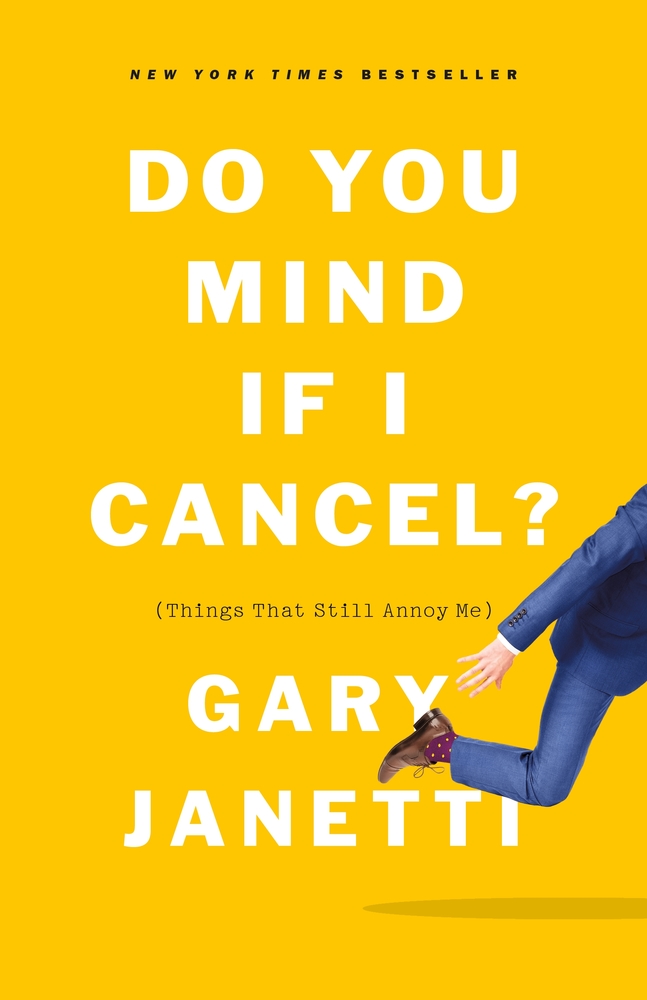 The first time I saw Gary Janetti was in his husband’s series “It’s a Brad Brad World” about the celebrity stylist Brad Goreski who had been the long-suffering new hire on Rachel Zoe’s show. I was happy to see him launch independently and watched the show. Gary seemed one of those prickly on the outside, mushy on the inside curmudgeons that I love, so I was excited to read his book. I like witty grumpy people and Do You Mind If I Cancel? delivers.

The eighteen essays are mostly about Janetti’s life growing up and before his success. He does write about meeting and falling in love with Brad, but his current life and his work for “Family Guy” and “Will and Grace” is not featured. Instead, we learn about his years as a bellhop. a Saks clerk,  and a grocery cashier and his summer job leading a biking expedition around Europe. These stories are funny, quirky, and often highlight moments of self-realization and discovery.

Much of the focus is on Janetti’s self-discovery, not so much as a writer, but as a gay man learning to feel pride in himself. He talks about walking his sister home from her waitressing job where many of the waiters were gay men, men whose friendliness and kindness made him feel better about himself.

Do You Mind If I Cancel? is a delightful collection of personal essays written with humor and compassion for his younger self. I enjoyed it a lot, but there is a huge missing element. Janetti writes about his life until he begins his writing career and about his relationship with his husband, Brad. He writes about his jobs when he was hoping to write, but was not writing. However, there is nothing about becoming a successful writer, the most interesting thing about him. Perhaps he has another book in the works, but it felt like a huge missing element of this book.

I received an ARC of Do You Mind If I Cancel? from the publisher through Shelf Awareness.

Do You Mind If I Cancel? at Flatiron Books | Macmillan