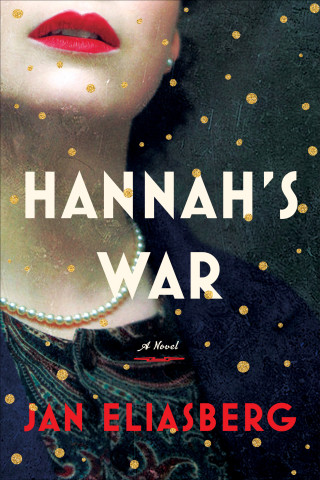 intrigued by the oblique mention of Meitner in the New York Times story about the Manhattan Project. Her work was pivotal and some have called her the mother of the atom bomb. However, neither Meitner nor Heisenberg are characters. This is a fictional story about a Jewish physicist who fled Germany in 1938 and then joined the Manhattan Project in the 1940s.

There are two timelines in this story. In 1938, Hannah and Stefan Frei are falling in love as they search for the solution to nuclear fission in Nazi Germany. In 1945, Jack Delaney is falling in love with Hannah even as he becomes increasingly certain she is a traitor sending nuclear secrets to Nazi Germany. The story is full of romance and suspense.

I was engrossed by Hannah’s War from Hannahs’ arrest on the first page. How did she get to this place where she is facing execution. It does not make sense, why would a Jewish scientist help the Nazis? What hold do they have on her?

While this is Hannah’s War and she is the most important character, the two men in her life are also important and complex characters. Jack Delaney, the spy-catcher who falls in love with her is transformed and tested by this investigation. Stefan Frei, the German physicist,  is also tested by his love for Hannah and the demands of being a German in 1938. There is an urgency to the tests they face, do they go along to get along or do they act against injustice.

Eliasberg also brings an honesty to the conflict, not pretending for one moment that the United States was also anti-Semitic while never making moral equivalencies. She makes clear the moral tests facing the scientists and the politicians and the high stakes they faced. It’s an excellent book, rich in historical detail with a thrilling espionage thread.

I received a copy of Hannah’s War from the publisher through Shelf Awareness.