The Seep by Chana Porter 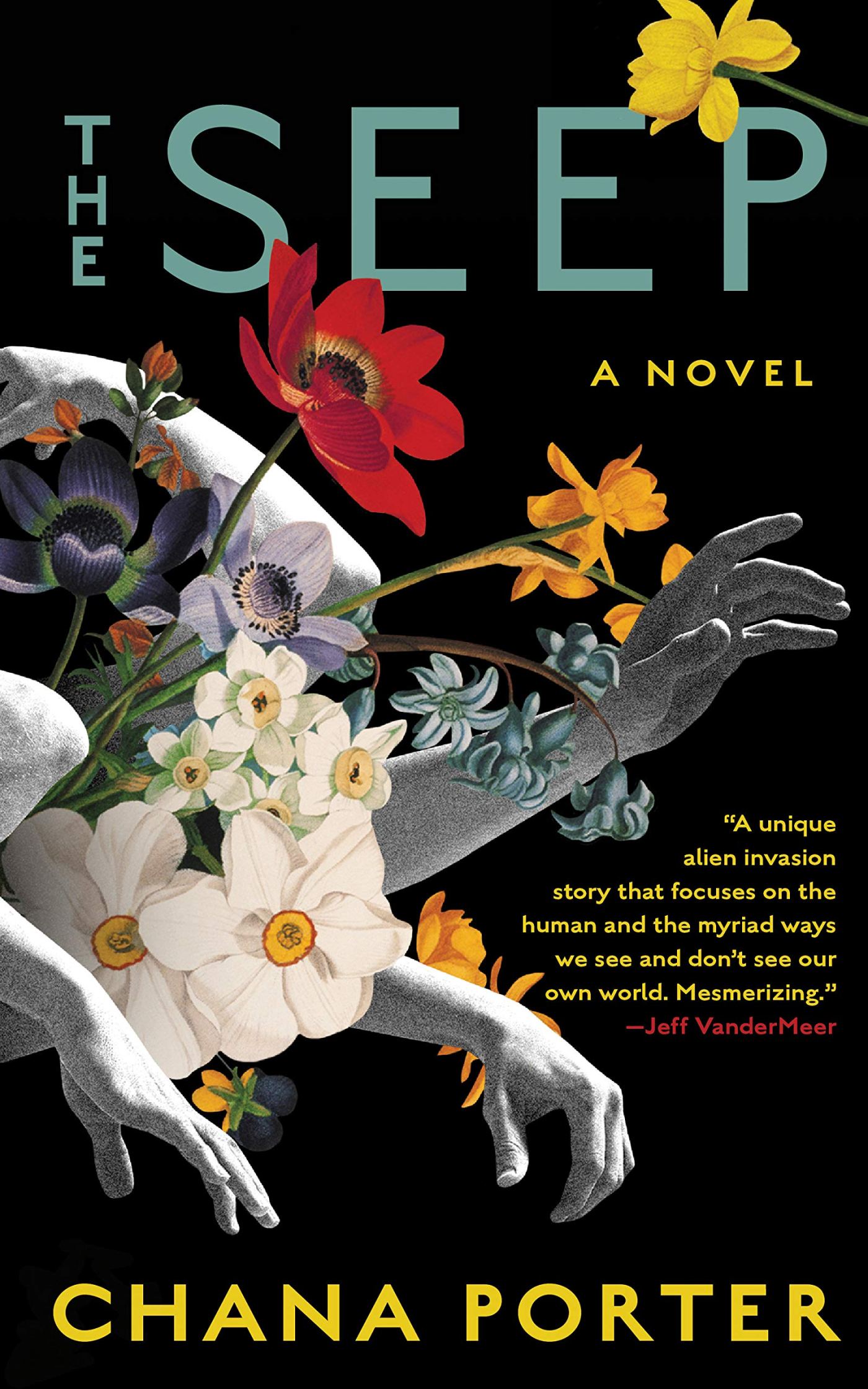 The Seep are aliens who come to Earth in the near future. They are seemingly omnipotent beings who are pure sentience. They are joined, united, and have no physical form which makes Earth and its humans fascinating. Humans “partake” of The Seep, absorbing them and with The Seep are able to self-heal, to transform their appearance, to be immortal, even.

The Seep permeates the earth, healing it of toxins and pollution, growing enough food to end all scarcity. Now that The Seep has arrived, there is no scarcity, no war, no poverty, no illness. The world is a Utopia, but not everyone is completely happy.

Take Trina Goldberg-Oneka, she misses the struggle. She has used The Seep for years but is using less and less. When she is exposed, she even drinks some charcoal water to get it out of her system. Her wife Deeba, though, wants to go deeper with The Seep, to be reborn as a child. She would love for Trina to be her mother, to experience Trina’s love another way, but Trina can’t process that and perhaps because she could not do what Deeba wanted, she can’t process her grief at losing her.

The second and third parts of the book follow Trina down to the depths of despair and her journey to save a young boy who grew up in a compound of people who have never accepted The Seep. It is also a long conversation with The Seep through her pamphlet, a self-help pamphlet that alters to the circumstances. She calls it Pam and while it seems hilarious at first, it gets a bit eerie and the conversations become much more existential. The Seep wants to learn from Trina and wants so much to make her happy, but really Trina and The Seep are learning from each other.

The surreal inventiveness of The Seep modifications, the humans with animal ears or tails like a Neko or the animals who gain consciousness and talk all reminded me of Second Life where people create avatars to embody their aspirational selves. If you imagine an avatar in the virtual world as humans, then the player behind the screen is The Seep and the avatars embody our sentience.

I loved how Trina and The Seep came to understand each other and the meaning of humanity. What makes us human? The Seep does not understand something that is fundamental to Trina and that mutual understanding is something it wants desperately.

The Seep will be released on January 21st. I received an e-galley from the publisher through Edelweiss.