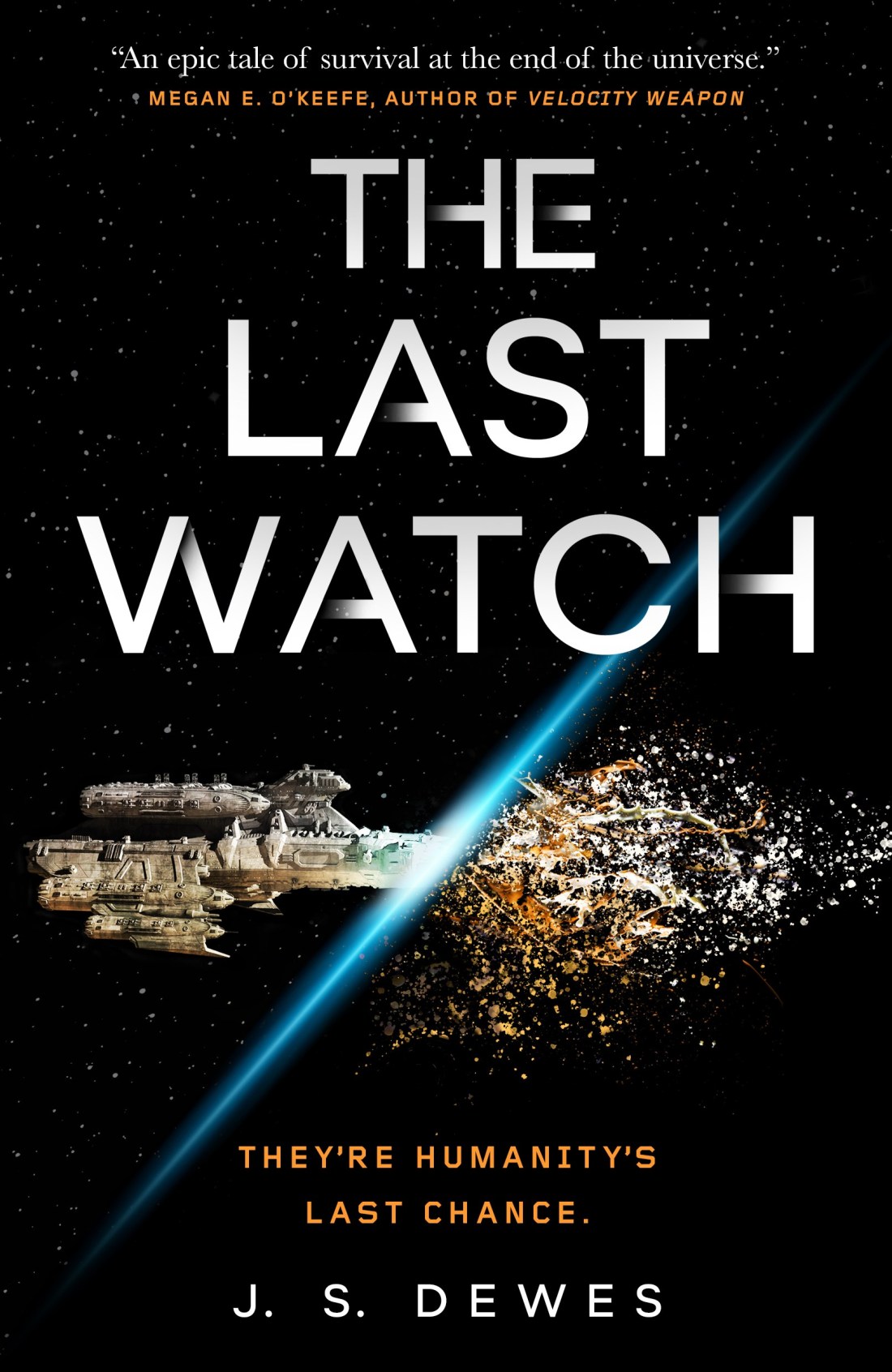 In The Last Watch, J. S. Dewes imagines a universe that is not infinite. It has an end. The end is called the Divide and beyond the Divide there is nothing. It is a void so absolute that the word “void” is an expletive for disgust and frustration. The Sentinels are the soldiers who patrol the Divide. They are mostly soldiers who have been court-martialed or somehow disgraced themselves, a prison/patrol ship more or less though patrol is a big word for a stationary ship.

Cavalon, a prince and an heir to the powerful Mercer family, has been exiled to the Argus, one of the Sentinel ships at the Divide. Not being a soldier, it’s no surprise he does not fit in and promises to be a thorn in the side of the Excubitor, the commander of the Argus. That person is Adequin Rake, a war hero whose heroism embarrassed the military so she has been assigned to the Divide. Not one to write people off, she notes that Cavalon has an extraordinary education that could be of use if he could learn to be less oppositional.

Shortly after Cavalon arrives, the Divide begins to advance, slowly at first and then faster and faster. Soon the Argus is threatened and Rake’s pleas for equipment and advice are ignored. They have to save themselves and Cavalon becomes their last hope.

The Last Watch is incredible. It is fast-paced and relentless. This is one of those frying-pan-to-fire stories where the frying pan is disappearing so the fire is the only hope. Unlike many science fiction stories, the jeopardy is real. What I mean by that, is there is no guarantee that all the important characters will survive. People become important, you come to care about them, and then they die. This is a good thing in terms of the story because you never come to believe that some characters are inviolate and will always come through in the end. Even the characters who make it to the last page are not necessarily safe because this is the beginning of a series and their jeopardy is real. While it makes the book more fraught, I love the sense of real jeopardy that is omnipresent.

I loved everything about this book. Even the contradictory science of a universe that is finite gets a theoretical explanation linked to science. Science matters in this book, even the invented science. On a superficial level, you might think this book advocates trusting your gut, your instincts, but that is only a shallow view. This is a book about trusting the knowledge and experience that informs your gut. This helpful antidote to today’s preference for feelings over science is apparent when people doubt their decisions and are reassured that their instincts are not just feelings, they are informed instincts that rest on rational thought processes.

In addition, I am in love with this book because it was so engrossing it overcame my post-COVID fog and fatigue so that I read it in just a few sittings, even reading until 3 A.M. and then reading it while brewing my morning coffee the next morning. I have not read like this since early March last year. It gives me hope that I am finally getting over “Long COVID.” The only problem is the next book, The Exiled Fleet, won’t be out until August.

The Last Watch will be published on April 20th. I received an ARC from the publisher through Shelf Awareness.