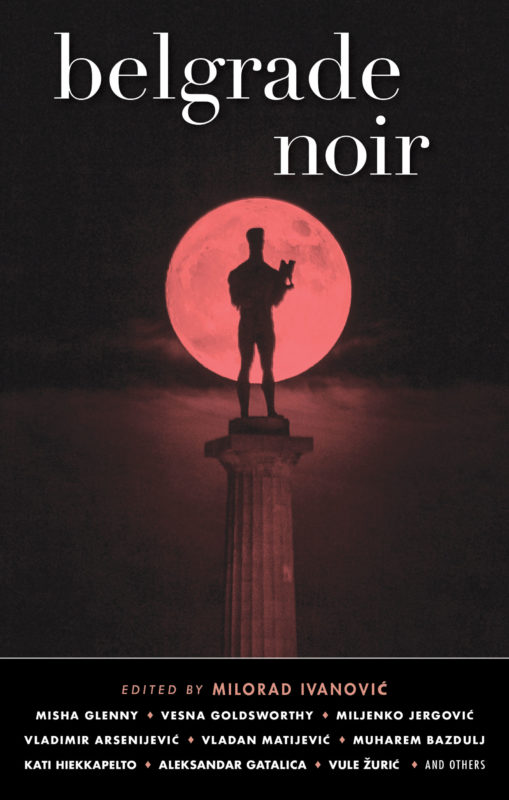 Belgrade Noir is an excellent installment in the Akashic Noir series of traveling anthologies. This one takes us to Belgrade with a reporter editor who did an excellent job of choosing stories. Serbia, like the rest of the Balkan nations, has seen more than its share of invasion, occupation, and oppression. After Tito died and Yugoslavia broke up, ethno-nationalists took control and began an imperialist ethnic cleansing of surrounding areas. Add to that its place as the birthplace of vampires and you have fertile ground for storytelling.

From the first story, “Underneath It All Runs the River of Sadness” by Oto Oltvanji, there is the landscape of the city that seems almost a character of its own. “So many were stories that made me shiver, such as “An Ad in Večernje Novosti” by Kati Hiekkapelto and “A Different Person” by Vladan Matijević. There were elements of the supernatural such as in “Phantom of the National Theater” by Aleksandar Gatalica and “The Man Who Wasn’t Mars.” True brilliance, though, was Milorad Ivanovic’s decision to finish the anthology with “The RAT” by Misha Glenny which made me laugh out loud. Even now, thinking of the story, I will laugh.

I loved Belgrade Noir. I love how varied the stories were. I didn’t know what to expect from one story to the next. I didn’t mind the injection of the supernatural as it fit the city. It was interesting to read the perspective of the war from the point of view of Serbians and the continuing complexities of Serb and Croat relations. I also appreciate that the author did not go for the avant-garde but really focused on noir as it is currently understood, not trying to expand its meaning. And really, I loved the placement of the final story. It was wonderful to finish this book with a good laugh.

I received an ARC of Belgrade Noir from the publisher via Edelweiss and LibraryThing.